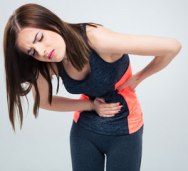 When I am moderately to overly active one day, I can pretty much write off the next one as a pain day where I am taking extra meds and being totally uncomfortable in any position.

Chronic pain wasn’t new to me as I had been dealing with a bad knee since I was 15 and my lumbar fractures for 15 or so years after that. But the bottom fell out when I was first diagnosed with fibromyalgia (1998) and then osteoarthritis (2006). In 2008 I had a full knee replacement that ended up with complications and another level of pain.

When I first started dealing with excess amounts of pain I had the habit of avoiding anything that made it worse (or not better). This was not productive (literally and figuratively) but I would find out in one of the many pain clinics I have attended that it is a knee-jerk reaction…pun intended!

After years of coping, attending clinics and just getting tired of doing nothing, I decided it was time to become proactive. As many chronic pain sufferers will probably tell you, doing so is no easy task.

Originally Hubby and I were just going to take Christmas Day as an “us” day with no extra special meal and no real plans. When we had his family dinner a couple of weeks ago we realized his Mom and Dad were not going anywhere so we decided to invite them over for dinner. Mom was concerned that it might be too much for me and I assured her I wasn’t going to do anything fancy; we just would like to have them over.

I caught a cold a week ago and we were unsure if we should continue with the plans. Also, because hubby wasn’t working on Christmas Eve, which rarely happens, we wanted to attend the Candlelight service at our church. But I realized that even though I did feel better, I could only handle the service or the dinner, not both.

For most people, attending a service that is 20 minutes away and an hour long, is of no comparison to cooking a meal for four. However, when you factor in that the getting ready is exhausting and the car ride means sitting in one position and dealing with bumps and turns, plus the exhaustion of just visiting with people, the task is daunting. Add on to that I am an asthmatic with a head/chest cold. The service’s main feature is lighting candles for the singing of “Silent Night” and all the smoke when they are blown out would not be good.

Plus, our family is everything to me and we don’t have much opportunity to have anyone over. So, the decision was made.

Saturday night I baked a sponge cake to use for a Yule Log cake and let it cool rolled up in a towel. In the morning I made pastry for an onion tart (it takes 2 and 1-hour chilling times). I finished off the cake, prepped items for the tart filling and au gratin potatoes and finished the dessert. All during this time I was trying to keep the kitchen clean and tidying up the dining and living rooms. I also got the ham ready and juggled all of the oven items. In the meantime, Hubby was hard at work tidying up – I couldn’t have done it without him.

Now, I want to say that I realized what I was doing would come back to haunt me but I was in my element. I mean going to culinary school was a highlight of my life and my catering was cut short when my mental and physical health decided to take a turn for the worse.

You get to the point where you are willing to take the consequences to do something you are looking forward to. I will prepare things in advance like taking a nap the day before, plotting out rest stops on a longer drive, etc. I will also plan the time after I will need to lay low.

I stated in a group I belong to, “My Fibro Team”, that I knew I would be very sore today but it was worth every moment. One of my team members hoped that the pain would be good to me “just this once”. Well, her prayers were answered because I have been sore today but nothing like what I would have expected. Even my fatigue levels weren’t bad. Once I got to sleep last night I had a very good one – or should I say three good ones with some up time in between.

I am taking this as a very good sign and the best Christmas present I could ever get. Like my team member said, I am not counting on this being more than a one-time thing, but it doesn’t matter. It made the preparing, the meal and the visit so much more meaningful.

Now we will see what tonight and tomorrow bring!