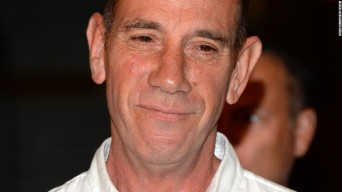 He may be known as the son of José Ferrer and Rosemary Clooney or George Clooney’s cousin, but to me, he’ll always be that crazy FBI Agent from Twin Peaks and the no-nonsense assistant director on NCIS Las Angeles.

Miguel Ferrer has always been one of my favourite actors. I first saw him in Robocop but never really paid attention until he showed up in Twin Peaks – the place and the show. He fit right in with his portrayal of Agent Albert Rosenfield. It was after this portrayal that I remembered him from Robocop. Other favourite roles were Dr. Garrett Macy, the Medical Examiner in Crossing Jordan and Assistant Director Owen Granger in NCIS Los Angeles.

All of these characters were less than loveable, but there was just something about the way Miguel portrayed them that made you really want to try. While he played each one with a straight face, you could feel the slapstick and one-liners in every scene.

In real life (well, talk shows, etc.) he seemed to be a very mild mannered, naturally funny guy. I don’t mean funny like a comedian, just someone who was very natural with an inviting smile and friendly.

I can’t remember when or on what, but I once saw Miguel Ferrer and George Clooney on a talk show together. You could tell the bond between the two was strong. They seemed to be each other’s fan and yet they poked fun each other every chance they could get.

I knew of Rosemary Clooney thanks to my Dad’s love of music. I remember someone asking Dad if George Clooney was her son. I answered very quickly, “no, he is her nephew but Miguel Ferrer is her son.” When they asked, “who?” I proceeded to tell them…I think it was around the time of Twin Peaks!

George Clooney was quoted as saying that “Miguel made the world brighter and funnier…” (quote and photo from CNN). I believe that to be true.

RIP Miguel Ferrer, you will be missed. At least Agent Rosenfield will be back in Twin Peaks once more.