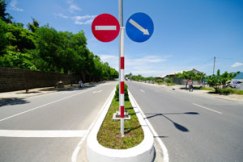 My mother used to call people who had emotional problems “a little left of center”. She wasn’t trying to be mean, it was just her way of acknowledging they were different. I think the fact that her own Mom and aunt on her dad’s side were treated for depression and other conditions made her uncomfortable.

When my mom herself had a breakdown related to menopause, she felt ashamed of herself for having those previous feelings.

However, when I was diagnosed with depression, OCD, anxiety, and later bipolar, she was less than sympathetic. I had become an embarrassment and a burden on the family. I was actually shocked by this.

Then one day I got a phone call from Mom asking If I could please come over and talk to Dad. All she said was “he isn’t feeling well and wants you.” I was headed out to a wedding but was really surprised that he actually wanted to talk to me so I drove my friend to the wedding and left right after the lunch.

When I got to my parent’s house, Dad was seated in his normal place at the table but I didn’t recognize him. I have to say that was the first time I ever saw him cry and it was a bit disconcerting.

Mom started talking, saying that Dad had been very stressed about the business (a pharmacy attached to a medical clinic) for quite awhile. The big pharmacies and grocery stores were making it very hard for the independents to compete. Also, Mom had walked in to find Dad being held at knife point for narcotics about a month before. Neither one of them got over it.

So, I asked how and what he was feeling. What he described were the exact same symptoms I had when in an anxiety attack. He also said he was very depressed. I think we talked for a couple of hours with me asking questions and him answering. This was the first time in my 30 years I had been able to feel strong with my family.

Dad had a similar one on one with my sister and as a family, we decided it was time for him to sell the business and take an early (one year) retirement. He was also going to ask to see a psychiatrist and go on medication.

After our talk, I went to Mom and asked, “So, do you still see me as left of center?” She said, “No dear, you are most certainly on the right of it!”

I took that as progress!

15 Replies to “A Little Right Of Center”