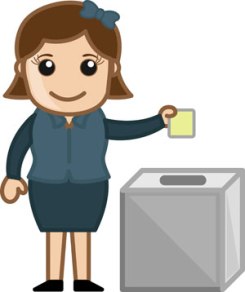 Today was a first for me. It was the first time since I turned 18 that I didn’t vote in an election, whether National, Provincial or Municipal.

I don’t think of myself as political in any way; however, I have always believed that it is our right and our duty to educate ourselves and cast our ballots for those whom we think can best lead us. For me NOT to vote is not something I feel good about, but at the same time, I need to look after myself.

Today, May 9th, 2017 is the British Columbia Provincial election to decide which party and leader will be in office for the next four years.

It is really my own fault that I was not able to get my vote in. Last Wednesday I got a call that my hernia surgery for that Friday (May 5th) which had been canceled 10 days before was back on. I had less than two days to get everything together, including what is happening with our move.

Hubby suggested we go to one of the advanced polls; however, I assured him I would be fine by the 9th to go. It is a two-minute drive to the elementary school which is our polling station. It is a very short walk, but right now a short walk is from my recliner to the bathroom! Then things got busy and we never talked about it again.

Even yesterday I was starting to feel a little stronger and was sure I would make it. Voting is very important to me. I have always made a point of keeping on top of the parties, candidates and being informed before going to the polls. One interesting fact though, is that we are to vote in our current area even though we are moving in less than two weeks. So, whoever gets in here, will not be the one representing us! Still, I want my vote to count for the big picture.

But today, I have not been feeling well at all. One of the small incisions was giving me problems in the night and today I have been nauseous and weak. I was able to make Hubby’s sandwiches for work and lunch before he left and all of that left me drained. So Hubby went to vote on his way to work.

I thought if I rested I could go later; however, it has been a few hours and I am not much better. The polls will be busy now and I have no one to stand in line for me while I sit until it is my turn. And that is if I even made it that far.

I could blame chronic illness for keeping me from doing my civic duty. However, even though my chronic illness is making recovery from the surgery more difficult, I never like to use it as a crutch.

With the polls closed, I will watch the results as they come in and try not to feel guilty about not casting my vote.

6 Replies to “A Missed Opportunity”