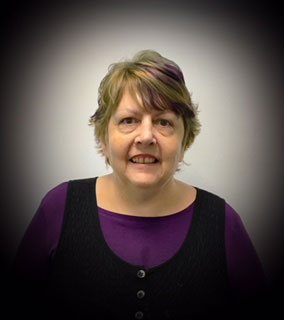 I was watching a TV show with my hubby the other night – one of the new fall shows, “The Gifted”. It is about mutants being targeted by humans – there are a lot of shows on that theme these days. But an interaction between two people really caught my attention.

A woman and her young daughter were being taken to the safe haven for mutants. They were both gifted. With them was a man who was the father of two gifted kids and was trying to get back to his family who were on the run but he had been given a tracking device so the authorities could get to the hideout. He was hurt and the woman put her hand on his side. The man all of a sudden felt better.

He asked the woman what she did and she said, “I can’t heal you, so I took your pain away”.

How many of us with chronic pain would love to have that gift!

Maybe we can’t take the pain away but we can choose to do something to distract our attention from it once in awhile (though there are consequences after).

That is what I did this week. I have been planning for a couple of years to get my hair colored. Now that may not seem like something that should take years of planning for the average person, but I have never pretended to be even close to average! LOL

There were many factors involved here:

I needed a new headshot for my writing and I decided that it was time to get this new look underway. I found a salon very close to where we live and was able to work out points 1, 3, and 5 with them. 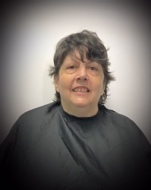 An appointment was made and I  printed out pictures of what I wanted. I then forgot to take the pictures and Hubby went back to get them. But he didn’t need to because my stylist suggested a different style that was actually more practical than the one I so badly wanted. She also came up with the perfect colors. So point 4 was overruled and that was fine with me.

Because I had alerted them to my health needs they were totally prepared with a gel cushion and all the breaks I needed. I made myself a sandwich so that I could eat when I needed to and Hubby brought my medications which I really needed to keep pain levels at bay.

So Kim, my stylist, first stripped the color out of my hair, leaving it a very interesting

orange color. She assured me that was not the final result and we had a bit of a laugh over it. First came the foils – of course, the color used here was purple. And it was quite a bold purple at that. Then she covered the rest of the hair with a mixture of silver, titanium, mauve, and other similar colors.

Then I had some time to wait. I got up to walk a bit, read, chatted with a cute 12-year-old who was also getting her hair colored blue-black after cutting off over 9 inches to give to charity.

Finally, it was time for the big “reveal”. The foils were removed and Kim rinsed my hair. We went back to the chair and I peaked but it was still difficult to see what it was like. As she cut, dried and styled my hair, I started to feel like a different person.

I say a different person but the truth is, I was starting to feel like me. I have always liked things that were just a little left of being normal when it comes to the way I look. Nothing hugely drastic but definitely not boring either. I have to admit I almost started to cry.

The shop manager was taking pictures through all the stages (which I am sharing a few of) and I actually like some of them! Now that IS big for me. Yes, my face was puffy, but that’s the way it is. I still felt beautiful.

No, I don’t define beauty by the number of purple streaks in my hair. For me, it is a feeling and right now I am feeling good.

But it was not without a cost (besides the financial one). I was exhausted by the time I got home 4 hours after I left. I was having leg and stomach cramps, my back pain was horrific and I was so tired my emotions were all over the map.

We went for some park time with our new puppy and I got a lot of ooh’s and aww’s, which was kinda nice! I just sat and talked and then realized I was exhausted so we left. I was so tired and sore I couldn’t even bring myself to making dinner and fell asleep before the end of the Voice, one of our favorite shows.

We had a quick dinner when I woke up after a half hour and then watched a bit more TV before going to bed. Of course, I was up a few times in the night with pain.

So, was it worth all of that pain and fatigue to get some color in my hair?

Yes, it most certainly was. I had planned things out carefully. Hubby got some rest time and bonding with the pup and I got some pampering. I knew what I was getting myself into and took all the precautions possible. By Wednesday (if I get a good sleep tonight) I should be back to normal levels of pain and fatigue.

What the point here is that there is nothing that is going to take away my pain or fatigue. And, what is pampering for someone with normal health can be pretty brutal on someone who doesn’t. But does that mean we shouldn’t allow ourselves those times? Most certainly not.

Every time I look in the mirror or at my new Facebook picture, I smile because I am looking at someone who pushed the pain out of the way for a few hours to do something nice for herself.

PS, If you are wondering about the man who was leading those people to their doom, he jumped from the car after admitting to them that he was a trap for them. In doing so he saved them but was captured with little chance of reaching his family. His jump out of the vehicle allowed for a distraction to let those people get to freedom.

18 Replies to “Sometimes It Is Worth Stretching The Limits”