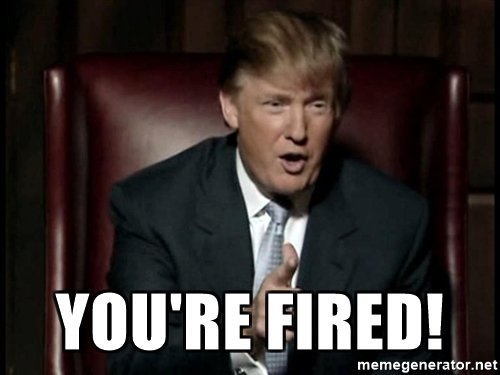 This isn’t going to be my normal style of post, but it is one I feel I need to write.

First of all, this is not a rant about President Trump. I used an image of Reality TV Host Donald Trump because it fit.

Since Bill Cosby, there has been a long list of celebrities, who have been outed for sexual misconduct in the last while. I don’t think this is a new thing; however, what is new is what is being done about it.

Kevin Spacey was let go from House of Cards, though the show is still going on. In Jeremy Piven’s case his show, “Wisdom of the Crowd”, is canceled because it revolves around his character. Harvey Weinstein was removed from a movie project he was working on. And there are many more men who have been accused and fired.

And this morning, just before going on air, Savannah Guthrie and the rest of the NBC “Today” morning show cast and crew found out that her co-anchor Matt Lauer was fired due to allegations from a colleague of sexual assault. The statement from the network said there was “reason to believe this was not an isolated incident.”

Of course, there have been others who have been accused and not given consequences but that is becoming the exception rather than the rule.

Personally, I am happy to see this action taken and would like to see anyone in the public eye who is caught and proved guilty of sexual misconduct fired from whatever position they hold. Maybe this will be a lesson for others in the future that this kind of behavior will not be accepted.

Where is this coming from? On my grad night, my date (who was picked by one of my friends when the person I asked couldn’t make it) took advantage of me after the same friend encouraged me to get really drunk. For 20 years I blamed myself but was informed in a group therapy session that what happened was date raped and that my friend was clearly in on it! This guy got away with it because I let him and I lived in shame for a very long time. People who take advantage of others need to be punished.

Okay, I am climbing off my soapbox now.