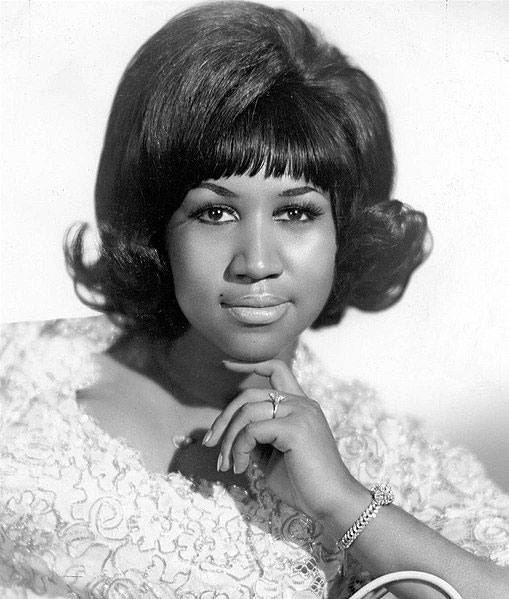 Once again I am letting a song do double duty.

Today is #2 for the three-day challenge (well, actually it was yesterday for me but I won’t tell if you don’t!). I was nominated by Barbara at Teleporting Weena to come up with a song lyric per day for three days and nominate three people per day. Thanks so much, Barbara. However, I am afraid I will have to stick to just the three nominees from yesterday.

My three nominees are

I have been trying for days to write a tribute to Aretha Franklin but just can’t seem to put my feelings into words. I was 9 when “Respect” came out and I used to prance all over the house singing, “R E S P E C T tell you what it means to me” until the rest of the family were ready to shoot me!

So, I thought it was very appropriate that I use this as my song number 2 and a tribute to the Queen of Soul.

Ms. Franklin’s songs were her and she was them. The words and melodies flowed out of her as if that is where they were born. Her version of Carole King’s “Natural Woman” was breath-taking. When she performed it onstage at the Kennedy Centre Honors for Carole, she even played the piano which she hadn’t done for many many years. Carole King was beside herself and even then-President Obama wiped tears from his eyes.

That was the last time I saw her perform, but apparently, she was still touring and making appearances. That is until her health declined. She passed away in her home at the age of 76 on August 16, 2018. She was celebrated and mourned by celebrities and fans alike all over the world.

Ms. Franklin’s version of respect is actually quite different than the original by its writer, Otis Redding. He sang it more from the man’s perspective of coming home from making money that his wife spends and all he wants is “a little respect” i.e. sex. His version did not have the letters of the word spelled out or the “Woot Woot’s” by the singers. Aretha made it her own and an anthem for women all over.

I am including the video for “Natural Woman” as well because she was the epitome of one and it is how I am going to remember her.