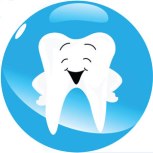 “Anything that can go wrong will go wrong.”

When I last reported on Project Smile (the long journey to fixing all my tooth problems), I had a tooth that was falling apart and exposing the nerve repaired. The last thing my dentist said was, “now there is a chance because it was so damaged that the tooth will act up again. If it does, it should be pulled.”

Now truth be told I was a little annoyed at this because I had wanted it pulled in the first place. I only agreed to the filling because I am running out of paired molars for chewing. Now that I have a swallowing problem, I definitely need to chew food thoroughly.

However, the filling held up pretty well over the holidays and has had its share of chewing workouts.

Well, last night, around 11 pm the tooth exploded into throbbing pain. I had to take two of my extra pain pills to be able to sleep through the night, with one wake-up to take the second pill.

I sent an email about 1 am to my dentist’s office letting them know I was having problems. I figured this would give them time to get it and figure out a plan of action before calling me. If I called when I got up and was lucid enough to talk, it would be all day before something was set up. I was right. The receptionist called around 10:30 am to tell me that the dentist agrees it must be pulled and he is referring me back to the dentist who pulled out the last two teeth.

This time I was prepared for that and really like the dentist who does the extractions. And he is quite fast, considering the fact that my teeth can fall apart on their own! I am sure I am going to pitch to him my desire to have all teeth removed and get dentures rather than fillings, crowns, a partial on top, and a bridge on the bottom.

As some of you know my dentist has been a very dear friend for a lot longer than he has been my dentist. I know he only wants what is best for me. He, his wife and their staff take such good care of me. They know how a few hours in the chair will affect me (it can put me out of commission for a couple of days). I hate to go behind his back, but he respects his colleague and I know he won’t mind me getting a second opinion. I will be going to my dentist for whatever the next step is and we both need to be on the same page.

While Murphy might try and muck up my plans, I know that I have God in my corner and that’s more than enough for me!