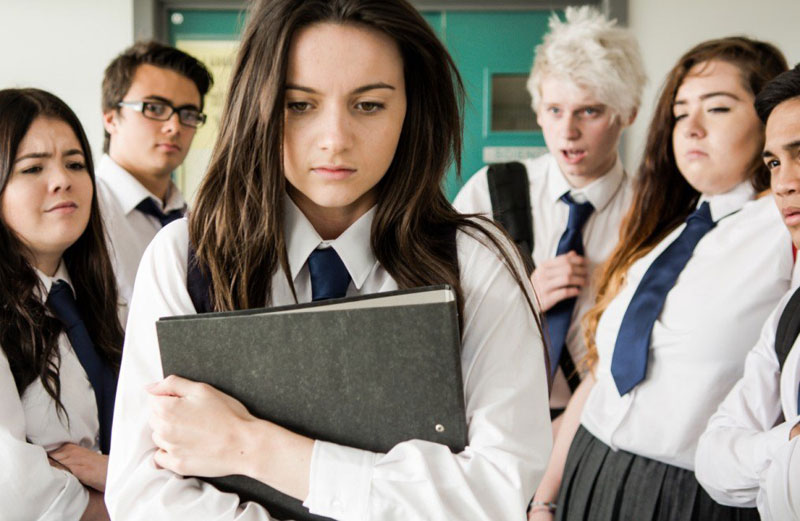 A year ago I attended what would have been my grad reunion had I not gone to a private school for Grade 12. I went at the invitation of my BFF and found that almost everyone remembered me and many didn’t even realize I graduated somewhere else!

This was very healing emotionally. When I explained some of my reasons for leaving, several of my true friends said they would have supported me with all of my emotional trauma. I knew in that moment that they were right but you can’t turn back time, you can only go forward.

I connected with a few of these old friends on Facebook and that led me to more schoolmates that went to a different high school altogether.

Today I got a message from one friend I hadn’t been in contact with for well over 40 years. She had been talking to a mutual friend who I had confided in regarding my bullying and problems at home. Jen actually said she was sorry I was treated badly and she hoped that she had not said or done anything to hurt me.

These words poured over me like a cleansing rain. No, Jen was always kind to me. We didn’t really hang in the same circles but we did have common friends and we were in school together for at about 6 years.

There is still debate as to whether the depression I suffered from the age of 8 and bipolar around the age of 16 (both diagnosed in my 30’s) was a result of the bullying or I was bullied because of the mental illness which made me “different”.

To Jen and any other person that I ever knew in school, I have no animosity, regret or grudge against any of you whether you took part in bullying me or not (from grade 3-11 or grade 12). I have no ill feelings against my family for their part either. And I will never blame myself or my illness.

I am the person I am today because I went through all that and came out stronger for it. I am able to mentor and advocate for others with similar problems because of my life experience. My writing skills returned to me when I got to the point where I could forgive everyone and myself and move on.

Later that same day I was in the park with Miley and a good friend came along with her little dog, Molly. Shortly after, a man I had talked to a couple of times brought his Coco in and the three dogs were playing a bit.

I do not remember how the conversation got started though I do know that God had something to do with it, as He does with everything that happens in my life. We began talking about bullying and its effects on the victims’ lives.

As it turns out, all three of us were bullied throughout our younger years because of our name, physical or mental challenges, and general “flaws” that only the bullies could see. Not only were we attacked by our peers but members of the teaching profession and even family members.

Coco’s “Dad” kept picking up on words Molly’s “Mom” and I would say and ask almost excitedly what we meant by them. One example was when I said my family was embarrassed by my mental illness. He said that his family also treated him as if they were ashamed of his challenges (in later years diagnosed as ADHD). It was as if he was realizing for the first time that he was not alone in all of this. I remembered that feeling and it really is freeing.

I think the three of us talked for well over an hour, sharing things that we may not have shared with people in our close circles, let alone dog park acquaintances. When I shared near the end that I have used my experiences to help others in similar circumstances by mentoring young women, Coco’s Dad was right on it wondering how to go about that. When I explained that the girls came to me through my church and the relationships just happened, he seemed disappointed so I suggested he contact the Boy’s Clubs, Big Brothers and other places where they need men to come alongside boys in need of a male figure in their lives.

Since that meeting, I have been praying for him, and my friend as well. I feel these two reminders of my dark past are just further signs from God that I am on the right path – the one He set out for me before I was born.

9 Replies to “Mental Illness – An Affliction Or Opportunity?”